How Companies are Increasing Brand Value with TikTok

With TikTok being one of the fastest growing apps on the market, with less than 5 years in the U.S., there is still a relative newness and safety concern with it. Further, there are some legal concerns like music licensing and even age demographics – which is especially limiting for alcohol brands. Consider the viral Ocean Spray-sipping TikToker on a skateboard with Fleetwood Mac “Dreams” playing in the background. While the video would usually be “ conversational ” it shows how the format is very effective. With a need to look at promoting brand different with TikTok, there is lots of potential to increase brand awareness, appeal, and opportunities with the short-form video platform – especially when a community is there.

The “ Chobani Challenge in TikTok “ is increasing brand presence, reach and value in social media 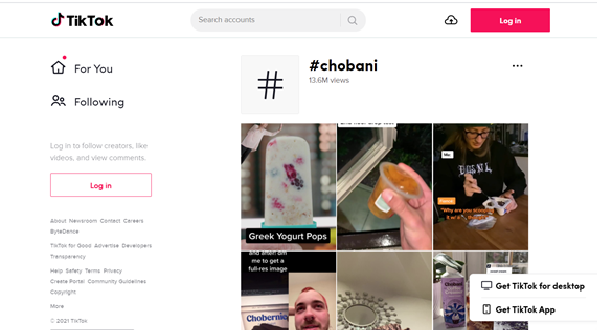 Chobani spent $15.5 million on media throughout the first nine months of 2020, according to Kantar – excluding social media (who doesn’t track social spending). Like many brands interested in growing brand value and revenue, Chobani is embracing communities built on social media platforms. On TikTok specifically, there are communities for cooking, fitness, professional development, mental health and more where Chobani wants in.  Aside from the TikTok challenge, the brand has taken to working with TikTok influencers – including partnering with TikToker Lynn Davis (who has 3 million followers), for Greek Yogurt Week. The video pulled in more than 3.5 million views.  While the results are impressive, it will take time for Chobani to invest in TikTok the way the brand has invested in Facebook, Instagram and Twitter.

With this initiative to increase the rewards from innovation and awareness in social media, Chobani highlighted a new, limited edition yogurt product – Chobani Flip Cookie Dough. The catch: It’s only available through TikTok.   It’s part of Chobani’s first official TikTok campaign #SwitchTheChobaniFlip challenge. Users must create a video using the hashtag for a chance to win a case of the product. So far, the campaign, which utilizes influencers and paid media dollars, already has 2.6 billion views. A hashtag challenge has run brands $130,000, per Digiday reporting. “It’s given a new energy to Chobani Flip ” said Eddie Revis, VP of Marketing and Media at Chobani. “ We’re looking to use the platform to reach a new audience in a community of young fans and consumers of the brand “.  We look at ideas that we have at Chobani and we have a need to either reach an audience or we want to bring awareness of something that we’re doing to a specific audience ”. Revis said.  And because of the market traction “ TikTok is now on our radar as a way to engage with that community – with plans on including TikTok into its media strategy more frequently ”.

A major part of brand business development strategy these days is community building. While TikTok is a little raw, brands are looking to create content based on something their community created first. And they want to be part of that. In conjunction with this, collaborating with creators, responding to comments and tagging originators is a must. The trick is Brands can’t just show up when they need something from consumers or want to sell something, they have to be actively participating in the community and providing content of interest on a regular basis.

The National Football League is generating fan engagement with TikTok 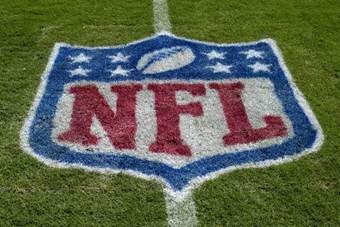 Many football fans will tell you the sport is more than just a game. There’s a sense of camaraderie between fans of the same team — and plenty of competition between rivals. But how can teams maintain a sense of community to keep people engaged over time, during a disruption, etc. (ie: in a pandemic when fans aren’t in the stands) ? With TikTok, the NFL is utilizing an out-of-the-box engagement strategy – having football players and teams reach out to fans directly through comments on people’s posts and videos.

“ Think about moments when a player waves or tosses the ball to a kid in the stands ” said Ian Trombetta, SVP of social and influencer marketing at the NFL. “ That moment is so special. We found that commenting is almost like throwing the football in the stands ”. The pivot to TikTok comes after NFL viewership tanked by 7% in 2020 to 15.4 million viewers amid the pandemic, according to Nielsen. It was the league’s first viewership decline since 2017. While employing TikTok comments was uncharted territory for the NFL, the league made it “ fun and playful ” to be authentic to fans. To do that, the NFL only joined conversations where the league’s voice could add a “ special element ” Trombetta said.

Take the Football Bros, a pair of middle school aged best friends and influencers with 2.3 million TikTok followers. Zach Darras and Carter Ramsey filmed videos of themselves throwing a football in their backyard to the tune of ” Just the Two of Us ” by Bill Withers. The videos went viral, surpassing millions of views and catching the NFL’s attention. The Pittsburgh Steelers, the Carolina Panthers, the Cleveland Browns and the NFL’s official TikTok account all left comments on the videos. Green Bay Packers quarterback Aaron Rodgers even dubbed himself in a duet video with the pair ! The NFL also “stitched” the clip — editing a video with footage from another clip — using audio from two NFL commentators saying “ That is the greatest catch I’ve ever seen in my life. There’s so much to talk about with this kid.” Darras and Ramsey later partnered with the league to be featured in NFL commercials, in an example of how influencers and user generated content are becoming integral to brand creative and adding value. “ It gave everybody a feeling of nostalgia ” AJ Curry, senior manager of social content at the NFL said. “It was something we were able to latch on to with our clubs. It helps people feel confident about making their views known and want to keep doing it.”

Kids aren’t the only TikTok users who might get an unexpected NFL comment. School teacher Ms. Sutherd was challenged by her students to get an NFL team and actor Jack Black to comment on one of her TikTok videos. More than a dozen NFL teams responded to her plea — and Black even joined in. “ Whether you have one follower or a million followers, you have the same opportunity to go viral ” Robbie Levin, manager of media partnerships at TikTok, said. Further, “ It encourages people to keep creating, to collaborate and to always be thinking about what the next trend is.”

The NFL’s partnership with TikTok stretches beyond the comments section by launching an official TikTok account in 2019 as part of a multi-year partnership. This includes the NFL and TikTok hosting a virtual tailgate on the platform on Super Bowl Sunday as well as an on-site event with a performance by Miley Cyrus for the 7,500 vaccinated health care workers invited by the NFL to attend the game. Levin also said “ Historically users haven’t expected to see brands have a presence in comment sections. On TikTok, brands have really rewritten the rules.”